The Department of Conservation releases a new population estimate for Maui’s dolphin. This estimate – of only 55 individuals (aged 1 year and older) remaining – is shocking news and puts further emphasis on the need to act immediately to prevent this dolphin going extinct. 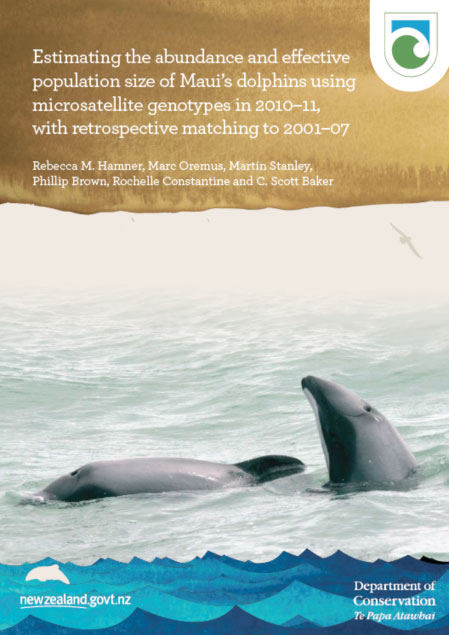 The researchers, from Department of Conservation and Auckland University, recommend that the area between North and South Island needs to be protected in order to provide ‘corridors’ to re-connect Maui’s dolphins with other Hector’s dolphin populations. What this means is that the North Island (Maui’s dolphin) population would be very unlikely to pull through without a healthy population next door (i.e. north coast of the South Island).

On 14 March, the Ministry for Primary Industries release a public discussion paper on interim protection measures for Maui’s dolphin. The deadline for submissions is 11 April.