William Trubridge, the world free-diving champion, can dive to the same depth as Maui and Hector’s dolphins

Maui dolphin is on the brink of extinction!

New Zealand dolphin (Hector’s and Maui dolphin) is Endangered. Maui dolphin (the North Island subspecies) is Critically Endangered. They are literally teetering on the edge of extinction, with a population of fewer than 50 individuals remaining. Extending protection to all waters up to 100 m deep is most urgently needed for North Island waters.

Dolphin protection is still not sufficient to provide effective protection, and needs to be extended to all waters up to 100m deep, the red area in this map: Current protection is shown in the map above, with protected areas shown in green. In the dark green areas, dolphins are protected from both gillnets and trawl nets. In the light green areas, gillnets are banned, but trawling continues to kill dolphins. The range of Maui’s and Hector’s dolphins is shown in red (New Zealand waters to 100m deep, except for northeastern part of North Island).

As you can see, in most parts of their range the dolphins range much further offshore than the protected areas. As a result, they are still being caught in fishing gear (in particular gill nets and trawl nets). In most areas there is no indication that the number of dolphins caught each year has declined. Off the east coast of the South Island, about 25 Hector’s dolphins are killed each year in fishing nets and a sustainable level of bycatch in this area is fewer than 4 per year.

This is the level of dolphin protection recommended by the IUCN: 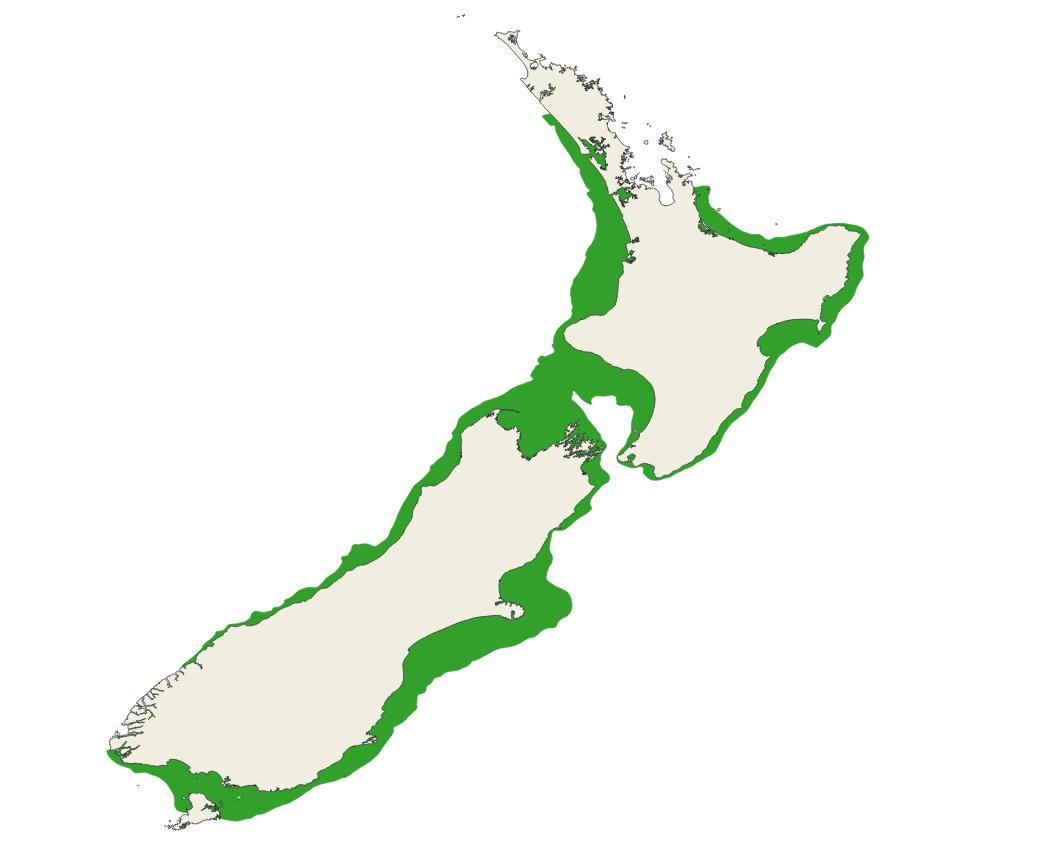 Here’s hoping New Zealand will follow the advice of the IUCN and protect NZ dolphins from both gillnets and trawling, throughout their habitat in all waters less than 100 metres deep.

Our research at Banks Peninsula shows that the local Hector’s dolphin population was declining at around 6% per year before (partial) protection. Moving fishing nets further offshore has improved the situation. Our latest research shows that the Hector’s dolphin population at Banks Peninsula is now declining at about 1% per year. That’s a major improvement and shows that reducing the use of gill nets and trawl nets in the area has been a huge help. But it still isn’t enough maintain the population long-term, let alone allow it to recover from the last 30 years of major decline. But it’s an excellent ‘proof of concept’ and shows that reducing the overlap between dolphins and fishing nets works.

Dolphin protection needs to be extended much further offshore, to 100m water depth throughout their range. Another problem with the Banks Peninsula Marine Mammal Sanctuary is that there is a loophole in each of the four large harbours. In Akaroa Harbour, Lyttelton Harbour, Pigeon Bay and Port Levy recreational fishers are allowed to use gillnets from 1 April to 1 November each year. The NZ Whale and Dolphin Trust has been warning the Ministry for Primary Industries that this risks killing New Zealand dolphins. A few years ago, a dolphin was killed in a ‘recreational’ gillnet in Akaroa Harbour over Easter. We will encourage the New Zealand government to close this loophole and improve protection for these dolphins. After all, they are Endangered and only found in New Zealand.

Other major loopholes are the west coast of the South Island which has a gillnet ban for only 4 months of the year and out to only 2 nautical miles (about 4 km) offshore. Harbours like Otago Harbour, the Okarito Lagoon and other inlets have no dolphin protection. A couple of years ago 25 Hector’s dolphins spent about a month in the Okarito Lagoon. The locals put in place a temporary rahui, banning gillnets inside the Lagoon for that month. But they are using gillnets in the Okarito Lagoon again now, and the dolphins could come back into the Lagoon any day or night, without anyone noticing. There is also an odd gap off the Marlborough coastline. There are certainly Hector’s dolphins, and other dolphin species in this area. And the east coast of the North Island remains completely unprotected. Dolphin numbers here are very low, and even more endangered than the dolphins on the west coast of the North Island.

What does this have to do with free-diving?

William Trubridge is putting his voice behind the campaign. See his website for more information about how he plans to let the world know about the plight of Hector’s dolphins. His recent free-diving record of 100m was called Project Hector.

Please write to the Minister for Primary Industries to ask him to protect Maui and Hector’s dolphins by extending protection from gillnets and trawl nets in all waters less than 100 m deep!